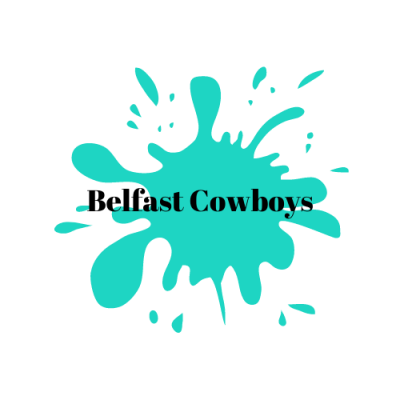 ABout the belfast cowboys

The Belfast Cowboys are a nine-piece, horn-driven band from Minneapolis that specializes in the music of Van Morrison, mixing rock, blues, roots and soul sounds. Led by veteran songwriter and guitarist Terry Walsh and powered by a four-piece horn section, the Cowboys have flourished in the renowned Minnesota music scene, and have consistently packed houses and wowed crowds since 2002.

Terry Walsh got his start playing in various Twin Cities rock bands and toured as Slim Dunlap’s bass player in 1997, opening for Son Volt. But after 17 years, he almost gave it all up.

“I was very close to selling off my amp and guitars in an attempt to put away childish things and grow up,” Terry laughs. “Thankfully I got a call from my friend and booking agent Brian Swanson, who asked if I wanted to come join their ‘go nowhere, do nothing rock and roll band.’”

For a couple years, the band of friends rehearsed every Thursday, learning songs they loved. Then in spring of 2001, Terry lost his day job and learned his wife was pregnant. Brian once again prodded Terry, “I think we should put your idea about that Van Morrison band in motion.” They spent the rest of the year learning their favorite Van songs and built up an all-star band with Joe Loskota on keyboards and Vic Volare to run the horn section. Calling themselves The Belfast Cowboys, the band played their first show at the old 400 Bar on Saint Patrick’s Day 2002. Shortly before that show, Brian accepted his dream job in California. Fortunately drummer Dave Kirby’s friend, ace guitarist Dan Kowalke attended that first show and joined up. Many musicians played with the band over the first few years, and continue to do so today, but the ‘A’ team was soon established: Dan Kowalke on guitar and backing vocals, Joe Baumgart (bass), Dave Kirby and Dave Haugen (drums, backing vocals), Joe Loskota (keyboards, backing vocals), Paul Gronert (sax), Matt Hanzelka (trombone), Tim Martin (trumpet), Vic Volare (sax, flute) and Terry Walsh (lead vocals, guitar, harmonica).

The Belfast Cowboys began as a Van Morrison cover band, but they have expanded their content over the years to include other rock and soul covers along with Terry’s own originals, which have become fan favorites. Now a beloved staple in the Minnesota music scene, the 9-piece Belfast Cowboys, and the smaller version of the band (known as St. Dominic’s Trio), have grown from being a basement jam band to becoming the most sought-after bands, packing First Avenue’s mainroom and playing over 120 shows a year. The bar-tested Belfast Cowboys are known for playing epic sets at their weekly Minneapolis gigs and drawing large crowds to outdoor festivals. Occasionally they’ll venture beyond the Midwest to play Ireland, New York’s Times Square or open for the band Chicago in front of 15,000 people.

Although the band has not been able to perform with the same regularity since the pandemic hit, they have reunited to play a few livestream shows and special events, and Terry Walsh can be heard doing weekly shows on Facebook and YouTube, raising money for his nonprofit Foothold Twin Cities. Until the time they can perform for crowds again, the band is releasing an expansive live album called This Magic Night–showing that The Belfast Cowboys are indeed “a thoroughbred-class band” (Star Tribune) that has earned every accolade.

WHat's on the boat

Most important – The Belfast Cowboys live in concert!

Please arrive at least 30 minutes prior to departure.

Parking: Complimentary guest parking to the left of the boat boarding area. Just follow the “Boat Parking” sign located on the South end of Main Street. In addition, there are several Stillwater Public Parking areas nearby. (We recommend groups carpool, when possible.)