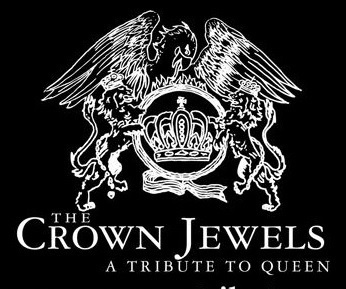 About the Crown Jewels

“The Crown Jewels – A Tribute to Queen” are an outstanding replication of one of the greatest rock bands of all time, QUEEN.   Hailing from Minneapolis, this LIVE TRIBUTE (no backing instrumental or vocal tracks) performs all the greatest hits, arena anthems, and top ten singles that made Queen one of the most legendary rock bands of all time.  The Crown Jewels succeed in blending the vocal layering and studio precision Queen was known for with the grand scope of Queen’s live shows by recreating both musically and visually, with elaborate lighting effects, costumes, and staging detail, the live “Queen” experience that filled stadiums around the world.

The band is made up of some of areas finest musicians with who came together because they all had one thing in common,  a special place in their hearts for the music of “Queen”.

“We put this band together because over the years we all have at some point in our musical careers been influenced by Queen, and we wanted to share our love of this music with the public.   While this music is technically very demanding, and takes a lot of extra effort to get right, there is a certain joy that comes from playing it well and doing the music justice.  We have worked hard to create a show that even Queen would be proud of.”

From start to finish, the show is incredible with something for everyone, from the hardcore Queen fan to the casual listener.  The showmanship on stage is reflected by the extensive resumes of the band members, all of whom are veterans of the music business and who have toured both nationally and internationally with other projects. “The Crown Jewels – Tribute to Queen’s”  members,  Alex Parsons ( Lead Vocals),  Steve Pritchard (Guitar/Vocals),  Paul Cherba (Bass/Vocals),  Eric Althaus (Drums/Vocals), Michelle Pritchard ( Backing Vocals), Erica Hanson ( Backing Vocals) and Polo Zetina (Keyboards/Vocals)   flex all of their musical chops to proudly present to you the ultimate live Queen concert !

What's On the boat

Cruise the river WITH THE CROWN JEWELS – A TRIBUTE TO QUEEN. Dinner buffet, riverboat cruise and concert included.

We cruise rain or shine!

Come early or stay late and enjoy the beautiful downtown area of Stillwater, with its many shops, restaurants, trails and views of the St. Croix River. Special offers and discounts will be available to our guests.

Complimentary guest parking to the left of the boat boarding area. Just follow the “Boat Parking” sign located on the South end of Main Street. In addition, there are several Stillwater Public Parking areas nearby. (We recommend groups carpool, when possible.)